Word stemming from the English media on Tuesday suggests that Liverpool have identified Brighton & Hove Albion star Yves Bissouma as a potential replacement for Georginio Wijnaldum.

Chatter surrounding the future of Dutch international Wijnaldum has of course come back to the fore in a major way of late.

This comes with the 30-year-old’s time at Anfield looking more and more like coming to an end this summer.

Wijnaldum’s current terms on Merseyside are due to expire at the end of the season, with little progress thought to have been made in negotiations over a new deal.

La Liga giants Barcelona, in turn, have long been tipped as the most likely landing spot for the Liverpool star, with Wijnaldum’s former international boss and fellow countryman Ronald Koeman at the helm at the Camp Nou.

In fact, some outlets have even gone as far as to suggest that a pre-contract agreement is already in place between the two parties.

As such, with Wijnaldum having started in all but three of Liverpool’s Premier League fixtures to this point in the campaign, it goes without saying that his departure will represent a blow for Klopp and co.

The former Newcastle man will therefore require replacing, with a host of midfielders from across Europe, in turn, having already been tipped for a potential Anfield switch this summer.

And, as outlined above, on Thursday, a fresh name has been floated by the media.

The player in question? Yves Bissouma.

As per a report from the reliable Mike McGrath of the Telegraph, Jurgen Klopp and co. have set their sights on Brighton’s midfield star.

Bissouma is said to be viewed as a realistic replacement for Wijnaldum, with a summer swoop potentially on the cards.

The Malian, however, will not come cheap, with Brighton expected to demand a premium sum for a player who has established himself as one of the Premier League’s finest midfielders over the last couple of seasons. 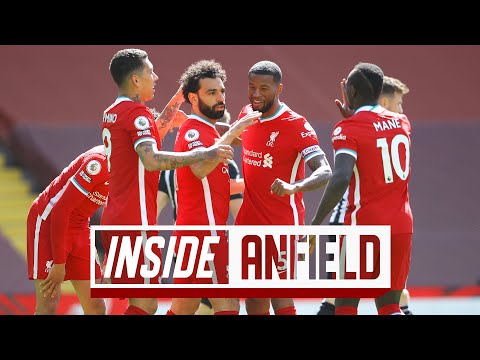